I should perhaps explain a little about the title of the last post. It is perfectly obvious to me. But probably not to anyone else.

Our brains work in subtly different ways. One thing that mine does, whether I like it or not, is memorize lines and make obscure links between them. It is a facility I share with a few other people. I have had entire conversations by analogy through quotes with people who share this facility, much to the annoyance of those who don’t think this way and find it disturbingly freakish.

For example, Cole Miller and I occasionally send challenges to each other: lists of quotes we have to place in context. We’re both pretty good at it. As nerds of a certain age, there is a great deal of cultural overlap between us: we know the same quotes. Still, we are less likely to miss a quote than we are to discover ones that reveal small differences in our cultural knowledge.

In the movie Repo Man, there is a scene in which the goofiest character (of many eccentrics) goes on a tear about cosmic coincidences, giving an odd example: “Suppose you’re thinkin’ about a plate o’ shrimp. Suddenly someone’ll say, like, plate, or shrimp, or plate o’ shrimp out of the blue, no explanation.” How is this relevant? you might reasonably ask. Well, it has to do with title generation.

As it happens, as I was on my way to New York, this story about the infamous Saturday Night Live performance of the punk band Fear came to my attention. In it, they perform the song New York’s Alright If You Like Saxophones. So this was in my head as I traveled to New York. Fear contributed Let’s Have a War to the Repo Man soundtrack. And I do like saxophones – or at least, I used to play one. 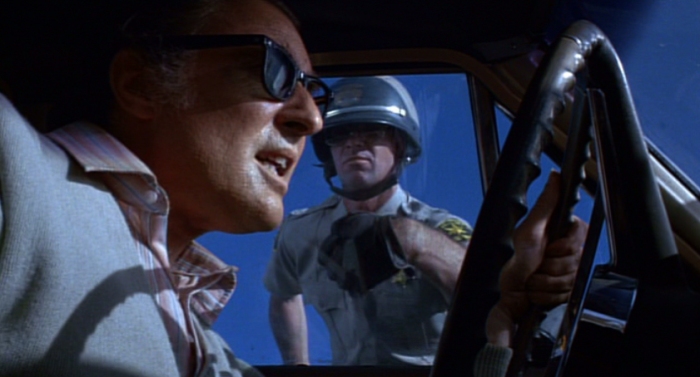